One of the reasons to re-excavate Combe-Capelle Bas was primarily concerned with the need to clarify the industrial sequence at the site and to better document the chronostratigraphic context in which it was found. It was not simply a question that the previous excavations were carried out long ago and poorly published. Rather, it was because there were two major aspects of the known industrial sequence that seemed somewhat anomalous in light of more recent research on the Middle Paleolithic.

The first of these was the relative ordering of the Quina and Ferrassie assemblages, which, when found together, usually follow an order opposite of what was described for Combe-Capelle Bas, i.e. that the Ferrassie precedes the Quina.

The second anomaly of the site also related to chronological variability. While the uppermost Mousterian of Acheulian industry of the site had been dated to the early part of the last glacial, other arguments had been advanced that most examples of this industrial variant occurred later. Thus, it was important to determine whether the site truly represented an exception to these chronological patterns and, if so, to try to explain why this should have been the case. 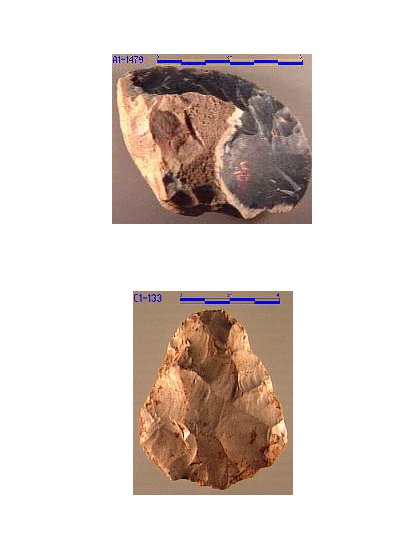